The Glow Variety Show is a rare collection of local and regional performances carefully collected and choreographed by Glow’s Artistic Director Anna Miller. Glow features brilliant multicultural performances of music, dance, acrobatics, and as always, the 2019 show will be full of surprises! Purchase tickets here.

InJoy Wellness Massage Center provides seeds of transformation for all who walk through their doors. They are proud to offer a holistic approach to health and healing in the form of a variety of therapeutic treatments (Swedish Massage, Deep Tissue Massage, Sports Massage, Prenatal Massage, Hot Stone Massage, and Couples Massage) as well as offering a foot spa, backyard lounge space, and luxurious infrared sauna for clients to enjoy.

Yogi Tea uses the highest quality spices and botanicals for their natural goodness, complementing them with intriguing, delightful flavors – qualities that make all of their teas uniquely Yogi. 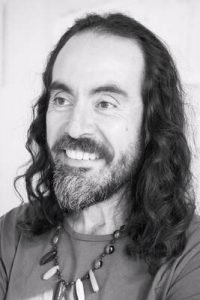 Jesús Sepúlveda is the author of ten poetry collections and three books of essays, including his green anarchist manifesto The Garden of Peculiarities (2002), his book on Latin American poetry Poets on the Edge (2016), and his collected poems Poemas de un bárbaro (2013). His third poetry collection Hotel Marconi (1998) was made into a film in Chile in 2009 and his first collection Lugar de origen (1987) remains a work representative of his generation growing up under Pinochet’s dictatorship. Sepúlveda’s work has been published in twenty countries and translated from Spanish into twelve languages, leading him to participate in many poetry festivals and readings throughout the world. In summer 2019 he won first place in the state of Oregon’s Spanish poetry contest.  Sepúlveda was born in Chile in 1967 and moved to Eugene, Oregon (USA) in 1995. He currently teaches at the University of Oregon. 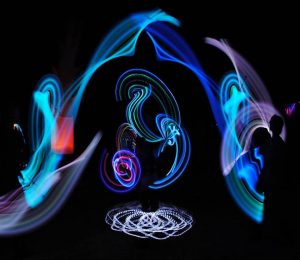 Circus Luminescence
Circus Luminescence is an innovative troupe of tricksters specializing in entertainment without boundaries and invites audiences to enter a vaudeville vision quest through a universe of unbounded imagination! Award-winning juggling, high-flying acrobatics, incredible hula hooping, and more come together in a celebratory story. The psychedelic stylings of Circus Luminescence is a treat for the eyes, ears, and soul. Visit www.circusl.com for more! 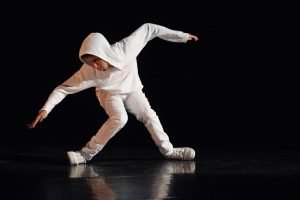 Carlos Rasmussen aka Retro
Retro is a self taught All-Freestyle animation dancer. He teaches kid and adult dance classes through the city while also being a performer with the city of Eugene. His style is a combination of Waving, Popping, Robotics, and multiple styles of footwork, while also implementing basics of other genres of dance such as Ballet, dancers Modern, Hip hop, Krump, and more. “One thing that makes my style unique is that every move and emotion I express and display in my dance, is created in that exact moment, strictly freestyle, which helps me in creating my own unique style.” 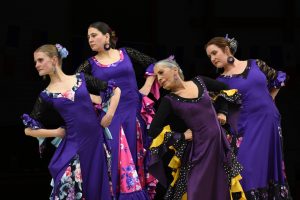 Flamenco Chico
Flamenco Chico founder Martita Santiago has been dancing Flamenco and Spanish Classical professionally for over 50 years. In Flamenco Chico, she is joined by Eryka Monroe, Kaya Skye, and Chela Marx. Their unique style is of the Gypsy spirit and incorporates a playful humor as well as the passion and beauty that is Flamenco. 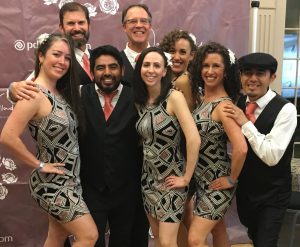 Azúcar
Azúcar was formed in December of 2010 and is directed by Vito Garcia. We love to dance, perform and teach others to dance! Our desire is to help spread the joy of Timba music and Cuban Salsa in Oregon. 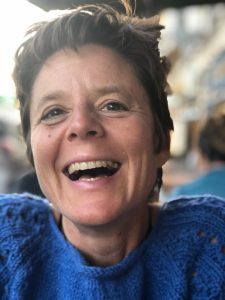 Karly Loveling
Karly Loveling creates transformative community experiences through the art of call and response songleading, supporting a collective reclamation of singing as a natural form of connection. 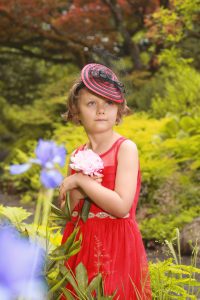 Tallulah Jane Milam
Tallulah Jane Milam is an 8 year old singer from Portland, OR. She began singing and making up songs at two years with a skill way beyond her years and training. Audiences have been impressed by the timeless feel and maturity of her voice. 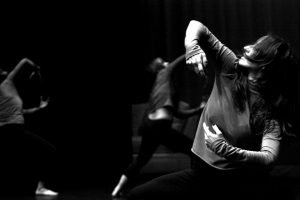 Christina Chelette
Christina originally hails from Houston, TX where she trained pre-professionally in ballet. She then pursued a focus in modern dance where she completed a B.A. degree in Dance from Texas Woman’s University. Christina has since been a freelance modern dance performing artist for over 10 years. She has performed with a variety of independent choreographers, companies, and project based groups in Texas, San Francisco, and New York. Prior to relocating to Oregon, Christina worked closely with Inclined Dance Project and Valerie Green/Dance Entropy based in New York City. She currently is embarking on the choreography process and is delighted to share her artistic work exploring human experiences/expression as it transfers through movement. 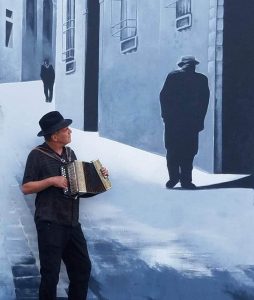 Rich Glauber
Rich Glauber is a world traveled troubadour who spreads joie de vivre wherever he goes A prolific songwriter and multi instrumentalist, he plays with all ages and abilities, from babies to great grandparents. The message is the same… here we are, let’s get together and have some fun with music. It’s the great connector, our universal language. 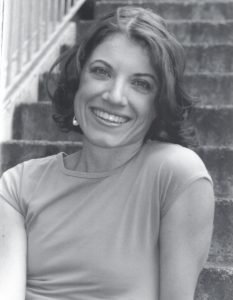 Christine Madzik
Christine Madzik has been performing, teaching, and directing in the Pacific Northwest for over 12 years. A graduate of the University of Oregon’s Master of Theatre Arts program and a mother of two, Christine is passionate about theatre as a tool for social transformation. Christine is a teaching artist for the Lane Arts Council, where she uses interactive theatre to address issues of bias and inclusion.

We will work closely with you and your organization to tailor a sponsorship package that creatively meets your marketing and philanthropic goals. Promote your business while supporting healing in our community!